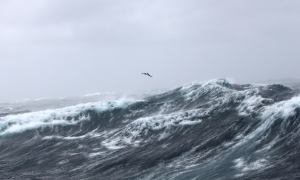 The Waves in My Dream

Settle down, it’ll all be clear
Don’t pay no mind to the demons
They fill you with fear
The trouble it might drag you down
If you get lost, you can always be found

The first time I heard Phillip Phillips new song “Home” it brought back the memory of an incredible dream I had of my brother James, who we lost on September 11th.  I am sharing it because in the past two months, several families I know lost someone dear. It is my hope that my dream can inspire faith in knowing that the people we love and lose in this life, are always with us.   I wish I could say that I have had countless dreams of James – but that is not the case.  I have only had three in twelve years.  Though the number is small – these dreams are my among my greatest treasures.

Phillips words “Hold on to me as we go” took me right back to the place where I found myself in the dream.  A stormy sea.  There I was in the middle of the ocean swimming for my dear life.  Up and down I went with every hurtling wave.  Each time I came up from under the water I searched for something, anything to hold on to – but there was nothing. Just when I thought all was lost, a huge wave shot up from the water that seemed to just get higher and higher.  There he was.  James.  I saw him in that wave, effortlessly moving with it, with absolute ease he swam.  I could only see the back of his head and his arms cutting into the water. “Jaaaaaames, Jaaammes…James” I called him over and over, but he kept swimming and never turned to look back at me.  I tried desperately to catch up to him somehow..and then I realized that the distance between us was getting shorter.  With every stroke James took, I was somehow moved closer to him. The waves were now pushing me to him and I realized that it was James who was moving them. Closer and closer we got until finally I was within reach…I stretched out my arms and circled my right around his neck and rested my forehead against the back of his head.   I held him tightly and knew he would keep me afloat. After a few bitter-sweet moments, I noticed that his head was turning back to look at me…finally I will see him..then he turned and I saw his face – but it wasn’t James I was holding on to any longer, but one of my younger brothers.  I put my face against his (my younger brother), hugged him and woke up.

Days before I had this dream, my younger brother and I had an argument.  We weren’t talking to each other for a few days. In a prayer, I asked James to help me figure it out.  And through my dream – he did – James was there as Phillips song says for me to “hold on to although the wave was stringing me along” and he let me know what I should do – he led me back to my brother — through the storm — to an embrace of love.

There is no doubt that my dream connected me to James in a blessed way.  That it let me know he was very much with me and heard my prayer for help. I believe with all my heart that those we lose in this life never leave us.  Our Lord said that they become “like the angels.”  He said, I go to make a place for you, so that where I am, you may be also.

They are there – with our Lord – in the center of his glory.

Thank you for visiting Truths To Inspire…

I hope that you find this site inspires you, the way you think and how you choose to go about your daily life.

Have a blessed day,